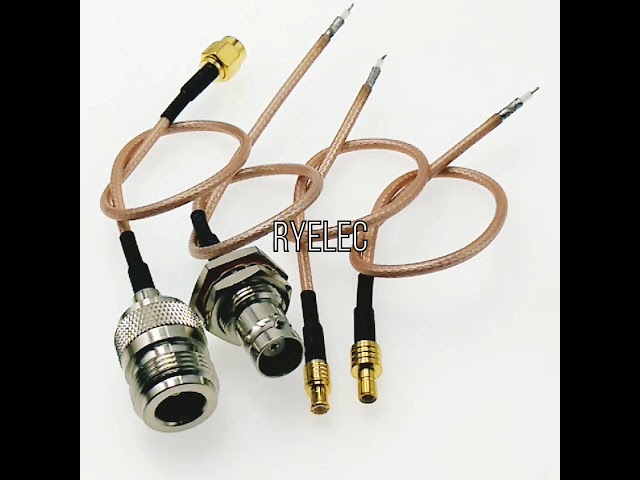 SMA (SubMiniature version A) connectors are semi-precision coaxial RF connectors developed in the 1960s as a minimal connector interface for coaxial cable with a screw-type coupling mechanism. The connector has a 50 Ω impedance. SMA was originally designed for use from DC (0 Hz) to 12 GHz, however this has been extended over time and variants are available to 18 GHZ and 26.5 GHz.[1] There are also mechanically compatible connectors such as the K-connector which operate upto 40 GHz.[2] The SMA connector is most commonly used in microwave systems, hand-held radio and mobile telephone antennas and, more recently, with WiFi antenna systems and USB software-defined radio dongles.[3] It is also commonly used in radio astronomy, particularly at higher frequencies (5 GHz+).