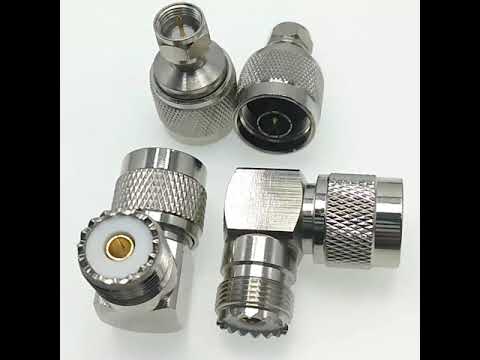 SMA is the abbreviation of Sub-Miniature-A. The full name of the antenna interface of SMA should be SMA inverse male. ). The wireless devices with this interface are the most popular. APs with more than 70[%], wireless routers, and wireless network cards with PCI interfaces of more than 90[%] all use this interface. This interface is moderate in size, and there are also handheld walkie-talkies and other devices. Many of them are of this type, but the needles and tubes inside are opposite to the wireless devices. Wireless APs and wireless routers using this interface include most of the civilian equipment. TP-LINK, DLINK, Netgear, Belkin and other brands, as long as the antenna is detachable, basically use this interface. The antenna interface of SMA should be SMA, and SMA and RP-SMA are different. There are many types of SMA. One difference in polarity is called "SMA" and the other is called "RP-SMA". The difference between them is: the standard SMA is: "external thread + hole", "internal thread + needle" ", RP-SMA is: "external thread + needle", "internal thread + hole".

SMA antenna interface
The full name of the antenna interface of SMA should be the SMA inverse male connector, which is the antenna connector. The equipment is the most popular. APs with more than 70[%], wireless routers, and wireless network cards with more than 90[%] PCI interfaces all use this interface. This interface is moderate in size, and many handheld walkie-talkies and other devices are of this type. , But the needle and tube inside are opposite to the wireless device.
SMA connector type
The new generation of meters are equipped with SMA connectors or corresponding SMA adapters.

The quality of SMA connectors is also different. From the perspective of the impact on signal quality, a good SMA connector provides a good standing wave ratio, which has low signal reflection and can effectively transmit signals.

There are also screws fixed, mainly used for the side wall connection of the radio frequency circuit with a shielding box. There are four screws and two.